As you may know we have a firm belief that music is a very important tool for many people in coping with life and it saddens us that not everyone is able to learn to play an instrument. So, our solution was to start up a bursary program which allows people who otherwise may never have had lessons to learn an instrument. Our bursary program started in 1998 with a full year bursary in the name of Dean’s parents. We have since added bursaries in the names of Allison Christianson, Barry Pizzey, Patricia Millan, Robert Press,  and Michelle McHale.

Harry Irving (Dean’s dad) was a railway man and raised 8 kids with his wife Allison. Harry passed away in 1998 and was followed by Allison in 2007. Allison was a nurse and had a really interesting career, starting as a nurse and ending as the Administrator of Medical Services and Langley Memorial Hospital.

Allison Christianson was a student of ours and she died in a tragic car accident.

Barry Pizzey and his children were also students of our and he passed in 2004 after fighting a recurring cancer.

Patricia Millan was Dean’s half sister and she passed in 2008 after battling lung cancer.

Robert Press passed in 2010 and was the founder of Sound of Music in 1965. You can read more about him on our history page.

Michelle McHale (nee. Press) passed in 2012.  She was Robert’s daughter and Dean’s goddaughter. She passed too young after a battle with cancer.

We offer bursaries in their memory because they all loved and understood the power music has over our souls. You may wonder how we gave away more bursaries that we have for the fall and it is because we really want to help as many students as we can so if we have to make space up for them we try our best to help them start their musical journey. 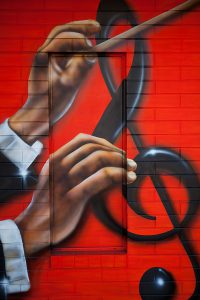